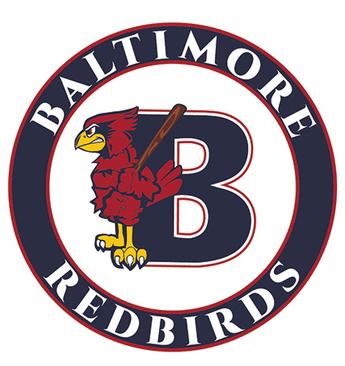 Mike Bordick, Defensive Consultant/Instructor
Mike played 14 years in the Major Leagues with Oakland, Baltimore, NY Mets, and Toronto. During this time, Mike set fielding records for the most consecutive games (110) without an error at shortstop as well as the most consecutive chances (543) without an error by a shortstop. Between 1993 and 2002 Mike finished in the top 5 in fielding percentage and finished first in 1999 and 2002 with respective percentages of .989 and .998. Mike was selected for the Major League All Star game in 2000. He is currently an analyst for the Orioles broadcasts on MASN as well as a special instructor for the Orioles working with the infielders. Mike will work with the Redbirds players and coaches on proper fundamentals of fielding as well as the mental approach to becoming a great defensive player.

Tim Tacka, Director of Operations/Instructor
Throughout the 1980's, Tim was ranked one of the top baseball and soccer players in the Tri-state area. He was awarded an athletic scholarship to attend Cardinal Gibbons High School. During that time the Cardinal Gibbons baseball program won the MSA (now the MIAA) a conference championship. Tim was highly recruited at both the collegiate and professional levels, however, a severe knee injury ended his career. For the next 20 years, Tim became a successful entrepreneur founding/owning Tacka Motors and Tacka Properties. In 2008, Tim closed his businesses to follow his passions for baseball and the proper instruction/development of young athletes. He has coached, instructed, and consulted for several programs, clinics, and camps in the Mid-Atlantic region. With his accomplished background in baseball and business, the Redbirds recruited Tim to become the Director of Operations as well as a coach and trainer. 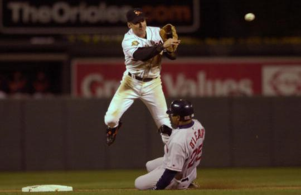 ​Tim Bishop, President, 16U/17U Manager/Instructor
Tim played professional baseball in the New York Yankees organization. He went on to coach at the Division 1 level at West Chester University as a graduate assistant. He was then hired as an on field coach for the Frederick Keys, a class A team of the Baltimore Orioles, where he served as the third base coach. Following his coaching stint, he was then promoted to the Major Leagues as the Strength and Conditioning Coach and served in that position for 14 years for the Baltimore Orioles. During this time, he trained future Hall of Famers and other greats such as Cal Ripken Jr., Eddie Murray, Mike Mussina, Mike Bordick, Brian Roberts, and B.J. Surhoff.
Tim is currently a baseball scout for International Baseball Services, a recruiting firm for baseball players in the Dominican Republic, a youth baseball coach, and owner and operator of PerformFit Sports Experience, a training center in Cockeysville, MD.

​B.J. Surhoff, Hitting Consultant/Instuctor
B.J. was the number one draft pick by the Milwaukee Brewers in the 1985 MLB draft out of the University of North Carolina. He went on to play 19 years in the Major Leagues with the Milwaukee Brewers, Baltimore Orioles, and Atlanta Braves.  In the 1995 season, B.J. had a career high .320 average. He was an All-Star in 1999 and has a career batting average of .282. B.J. currently consults with the Baltimore Orioles both in the Major League and Minor Leagues scouting and working with young players.  B.J. also works on hitting with the Collegiate Redbird players in the summer. B.J. will work with the youth Redbird coaches and players on hitting mechanics, philosophies, and approaches at the plate.

Dave Sutor, Director of Collegiate Development
Dave was a Division 1 Pitcher / OF at the University of Maryland. He has coached youth baseball for over 25 years and founded the Baltimore Blue Jays Baseball (Showcase Teams 2009-2012). He has coached club baseball at Putty Hill for 4 years as well as coaching Park High School baseball for 3 years  - and made the championship game twice in three years with one championship). Dave is the current General Manager of the Collegiate Redbirds team. 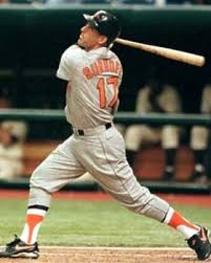 Tristan Howerton, Director of Field Operations/Catching Instructor
Tristan joined the Baltimore Redbirds Organization in the summer of 2020 as the Director of Field Operations and Catching Instructor. Tristan will help organize and implement practice plans for all of the teams as well as instruct and develop catchers at all levels. Tristan is currently the Redbirds 13U Head Coach. Tristan is a former bullpen catcher in the Atlanta Braves Organization as well as a former Division 1 Catcher at Towson University.